Things are very different than they were back in the day

My old grade school, the park and pool, the famous Derby Hill

So much to do with a friend or two, felt like the time stood still

Riding bikes and hanging out with all the girls and boys

The neighborhood was filled with thrills down every avenue

Using our imagination, under skies both blue and grey

I want to live in a neighborhood that's free

Where my imagination gets the best of me

And I want to be with a friend whose always there

Who'll stick beside me and show that he really cares

Old Nick was a friend of ours, he made us laugh a lot

He wore a sailors cap and rang his happy magic bells

Hanging out at Derby Hill, our favorite place of all

Sledding in the wintertime you're sure to take a fall

Summers were for bicycles racing down the track

Having so much we were sure that we'd be coming back

Fill me with excitement, happiness and joy

And if you do, then you will too, wish you would have stayed

Using your imagination, under skies both blue and grey
Whether riding bikes or playing games your fun will last all day 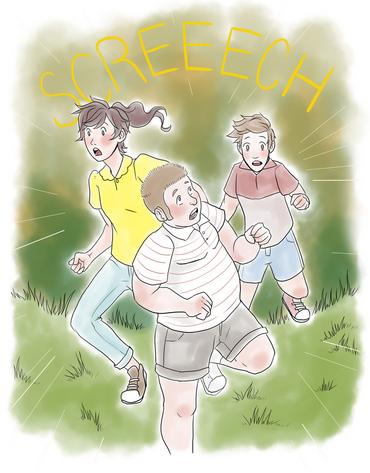 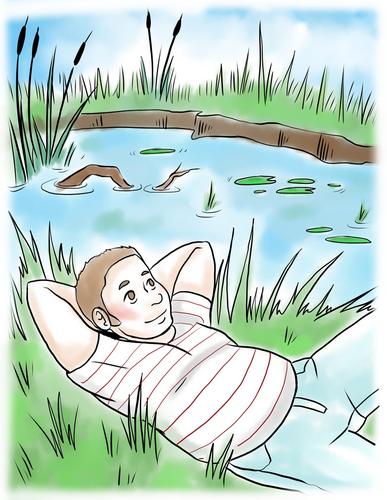 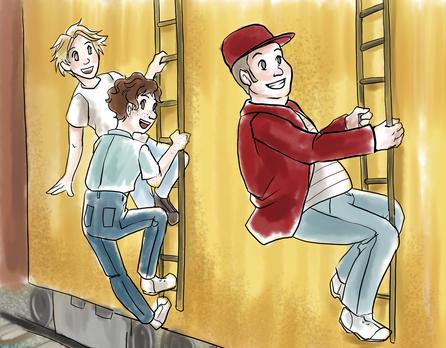 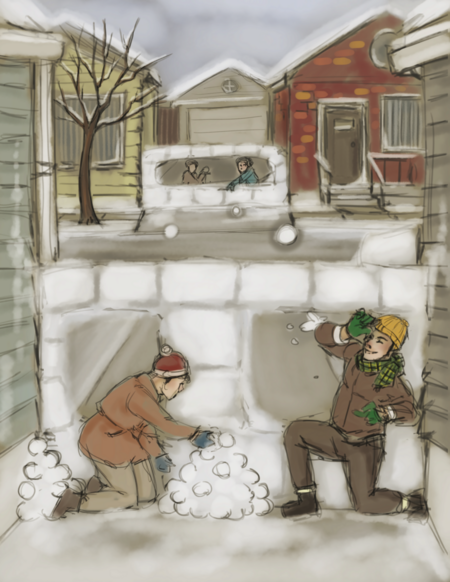 I'm the one who said "lets go"

How was I to ever know

​The stories that we heard were true - about the woods

We thought that we would have some fun

We'd soon regret what we had done

It was a sound that we had never heard

To describe that scream we heard among the trees

We ran till we could run no more

To the safety of the farm and family

It was a sound we'd never heard

Something bad that we had disturbed

Warned us of a coming curse - from within the woods

Oh spirits of the ancient graves

We thought that we were oh so brave

But now our fear became so real - inside the woods

The graves demanded our respect

We crossed a line we won't forget

Loved ones and their families were - in the woods

It took a while for us to heal

Now memories all that's left - of the woods

He was the outcast of the neighborhood, nobody wanted him around

They said that he was crazy - never happy always down

War robbed him of his sanity, the nightmares often came

An injury on the battlefield, now he'd never be the same

He bought a house after the war, he didn't have much cash

It needed work but who would help, the neighbors never asked

And so it stood unlike the rest - "an eyesore, tear it down!"

People said we wish he'd move to another state or town

And so the man they all despised grew lonely and afraid

Wishing he was somewhere else so every night he prayed

We pass by one another but we never take the time

To say hello, ya need some help, I can give you mine

Someone's out their waiting for a friend to get them through

That friend they need may very well be you

So to himself he always kept, living everyday the same

His music too made him forget the lonely empty days

Then one day three friends appeared, though little as they were

The made him smile and stayed a while, never once did it occur

The man who had no friends wasn't lonely anymore - (Chorus)

Sirens blaring, people staring, stay back you girls and boys

A fire raging out of control, it was the shack I knew so well

The fireman said no further - no survivors he could tell

It was a sad night for my friends and I, Mikey didn't make it out 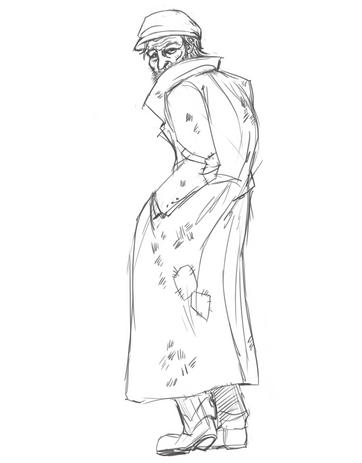 When I die Lord, bury me deep,
Down at the end of Chestnut Street
Where I can hear old Number Nine,
As she comes down the line.

A special place to me - nobody else would go

I'd hide away for hours watching nature and the sky

Pretending I was like that hawk as he flew on by -

Skipping stones and counting things I'd never seen before

Using cattails as their torches, dark caves became so clear -

​To dream of things I'd never done but someday might be

Watching God's creation on the land and in the sky

Skipping stones and dreaming bout a fish that never came

All these things and more I would see - at the pond

Rumors of fish the likes no-one had ever seen

Filled me with excitement and the chance to fulfill a dream

No one believed that I would be the one

I caught the beast and showed my cousins, uncle and my folks

Seeing was believing and the camera told the tale

You can find a place to get away and be alone

It may not be a pond, maybe somewhere near your home